I don't know if the rest of you knew this, but its February.

I am not entirely sure how that happened.

Dean arrived home on the 23rd of December, just in time for Christmas. His plane arrived early in the morning, a bit after 8 a.m., which meant I had to get all the kids up around 5 a.m. and toss them in the car. Not that any of them minded. Even little Hannah knew something incredibly exciting was going on, and babbled all the way to the airport about "Daddy on a hair-pain!" The boys had on their ARMY t-shirts, just like Daddy's PT shirt, and a sign they made saying "WELCOME HOME DADDY!"

When we arrived we had some waiting to do. And while we were waiting some unexpected guests arrive to witness our little homecoming: Photographers. My best best best (VERY) best friend Erin had asked the photographers from her wedding to come and capture this very precious moment for my family. I couldn't believe it. 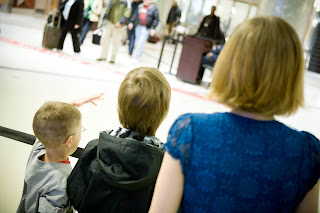 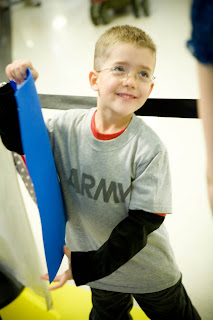 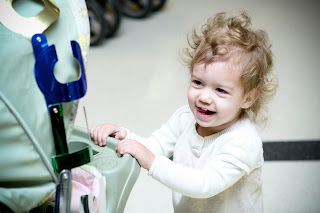 Just a few minutes later and I got a text message. His plane had landed. He was on his way to us.

I'm pretty sure it was at that point my brain went numb. It was like.....well, it was like waking up from a dream. That fog, when you don't know if you are still sleeping, or if you are awake, And you wonder if you really just spent the last twelve months without your husband and he is about to walk off an escalator and back in to your life, or if you will wake up tomorrow still alone in your bed, "single" parent of three, who spends every waking moment trying not to think about your husband living in constant mortal peril. Know what I'm talking about? Maybe not.

And then there he was. And the boys ran to him, and Hannah shrieked delightedly "DADDY!". And we hugged. And kissed. All in that dreamy fog. I honestly thought I would cry when I saw him, but I didn't. It felt too unreal, too impossible, too miraculous that this was happening, that it was over, that he was home. 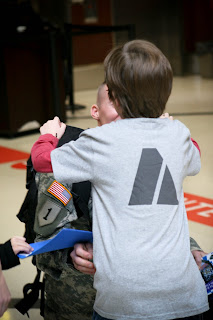 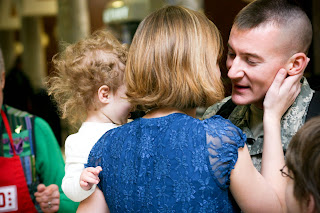 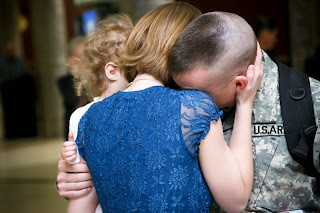 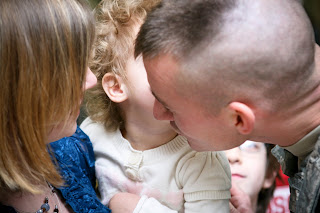 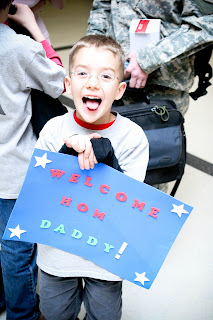 Then we collected his bags, got in our car, and drove home still basically in shock. But the good kind of shock, where you smile so hard your face hurts and your heart feels like its going to flutter right out of your chest because holding his hand and seeing his face is exhilarating and overwhelming.

And since that day we've just been, you know, catching up on things we missed the last twelve months. I'm sure you don't need details.
Posted by Lora at 6:54 PM

Hi Lora! So I just realized you had a blog... and this first post brought me to tears. Your family is so precious! Hope you are doing well! 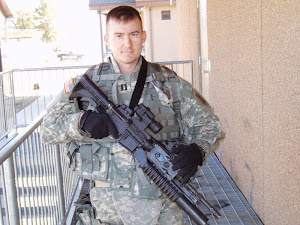 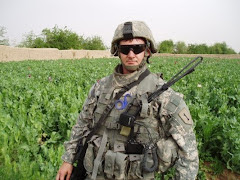